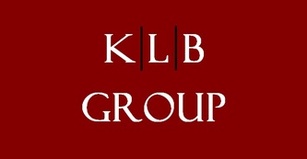 ﻿﻿An ever growing list of live entertainment production companies, historic comedy club franchises & owners, national promoters as well as television & film producers all utilize the industry expertise, outstanding artist roster and business professionalism of KLB Group. With over 20 years of experience, a roster that boasts legendary comedian Cedric the Entertainer, a portfolio of record-breaking events including The Kings of Comedy Tour & Budweiser Comedy Fest and assistant production credits on successful major motion pictures, KLB Group LLC is the premier company for Entertainment Management.

The KLB Group's industry rapport and growing relations over the years through these major accomplishments served as the catalyst for expansion. The Event Consultation division evolved as more entertainers, production companies and promoters sought the expertise of the KLB Group for event production and operations to assist in developing their events, careers and brand. After years of travel and experience for entertainment industry events,  The VIP Destination Management division evolved as a response to the void in the industry for specialized and confidential services. This division unites KLB Group's personal network of preeminent vendors, service providers and industry partners with the personalized travel and service needs of celebrities. ﻿﻿

﻿Kelvin Bland, Founder and Managing Director of KLB Group LLC, brings over 20 years of entertainment industry experience. His humble beginnings in the blue-collar epicenter of St.Louis helped shaped his hard work demeanor and dedication to excellence that is the essence of the identity and backbone of the company still today.
﻿
As a Specialist (SPC) in the United States Army at the youthful age of seventeen, Kelvin's innate work ethic laid the foundation for success for all his future endeavors.  Honorably discharged, Kelvin knew that his next path in life would not be in the traditional 8-5 work of his rearing environment. Rather, Kelvin's destiny was defined early in life through his childhood friendship with Cedric Kyles aka Cedric the Entertainer...a friendship that would lead to an illustrious and ground breaking business relationship!

Since that moment, the KLB Group LLC has played an instrumental management role in the iconic career of a worldwide entertainer. From the national success of the Budweiser Comedy Tour to the record-breaking The Original Kings of Comedy , an extensive portfolio of fan revered television series and films, to the currently running Cedric the Entertainer and Friends sold-out national tour. Currently, the business savvy founder has expanded  the company into Event Consultation and VIP Destination Management﻿﻿.﻿﻿ Kelvin Bland continues to raise the industry bar for superior entertainment & event management.   ﻿